Castlewood Municipal Utility District, a political subdivision of the State of Texas, was created by an Order of the Texas Water Rights Commission, now the Texas Commission on Environmental Quality (the “TCEQ” or “Commission”) in 1973, and operates as a municipal utility district pursuant to Chapters 49 and 54 of the Texas Water Code. The District contains approximately 324.3 acres of land. The District is located entirely within the exclusive extraterritorial jurisdiction of the City of Houston, Texas, approximately twenty-one miles west of the central business district of Houston. The District is bounded on the east by Westgreen Boulevard and on the south by Interstate Highway 10. The District is located entirely within Harris County, Texas, and the Katy Independent School District. 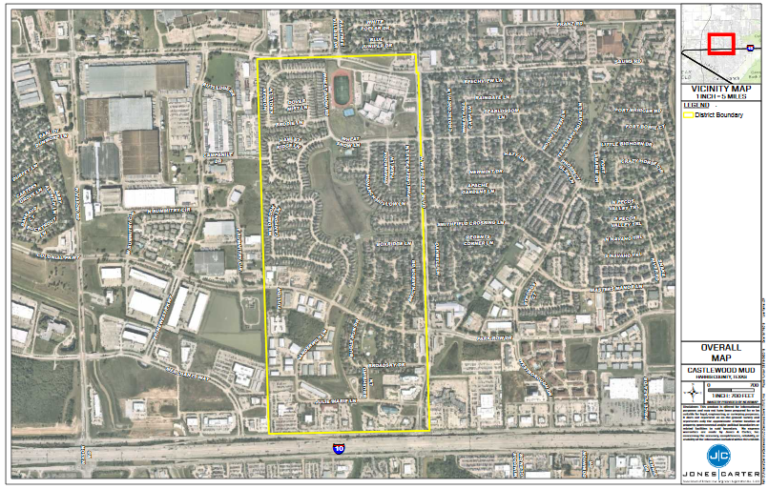 For persons with questions or needing help regarding website accessibility, or to request the provided information in alternative formats, please call (713) 739-1060.